Idolatry (worship of other gods) is something that has been there for a long time, we see a lot of that happening in the Bible (especially in the Old Testament), and from the beginning, only God should be worshiped and not any other form or type of god. Deuteronomy 32:39(a) starts by saying “See now that I, I am He, And there is no god besides Me”.

Yesterday at Church there’s a point where the Preacher was talking about the sins committed physically and the ones committed in the heart (though all of them emanate from the heart), and he mentioned adultery and idolatry, and said that the latter means ‘Having an affair with things’ while the former is having an affair with a man or woman who is not your husband (and it doesn’t matter whether you’re dating or not). We all know that is very true. Both of these sins are highly condemned in the Bible, but let’s look at idolatry today. There’s a warning we’ve been given in Jeremiah 25:6 “and do not go after other gods to serve them and to worship them, and do not provoke Me to anger with the work of your hands, and I will do you no harm.’

There are a couple of examples we see in the scriptures of people who had made gods for themselves, like the children of Israel at some point when they were in the desert, (God got very angry with them), and those people who chose to worship the only One true God, Yahweh (and He delivered them from their enemies). Like in the story of the 3 young men (Shadrach, Meshach and Abednego) who refused to serve the king’s gods and bow down to the golden image of King Nebuchadnezzar, and said that even if God didn’t save them, they still wouldn’t bow down. That is in Daniel 3:17&18 “If it be so, our God whom we serve is able to rescue us from the furnace of blazing fire, and He will rescue us from your hand, O king. But even if He does not, let it be known to you, O king, that we are not going to serve your gods or worship the golden image that you have set up!” Well, though the king instructed that the furnace be heated 7 times hotter and they were thrown in, their hair was not singed, their clothes were not scorched or damaged, even the smell of smoke was not on them (V27b).

Another fine example is about Elijah and the prophets of Baal on Mount Camel (when he told them to choose whom they will serve, either God or Baal). He (Elijah) told them to start by calling on the name of Baal for fire. These men and women had called on their god the whole morning, but he didn’t answer, and that’s when in 1 Kings 18: 27, Elijah began to taunt them, “Shout louder!” he said. “Surely he is a god! Perhaps he is deep in thought, or busy, or traveling. Maybe he is sleeping and must be awakened.” I’m grateful this day coz I serve a God who is never deep in thoughts, never sleeps nor slumbers, and He doesn’t travel either…haha! As for me and my House, we will serve the Lord God Almighty, The Most High! Oh, and for your information, this ka-god of theirs never answered. The Bible says (V28,29), that they shouted louder and slashed themselves with swords and spears, as was their custom, until their blood flowed. Midday passed, and they continued their frantic prophesying until the time for the evening sacrifice. But there was no response, no one answered, no one paid attention. It’s called ‘kuji-waste’ (wasting thyself…lol!)

We recently had a Conference dubbed ‘FRESH START, and on the 2nd day our Rev. told us to search within our hearts and ask God to show us that thing which has replaced Him in our lives, that which we’ve placed so much value on and in the process become a ‘god’ (even without our intention), and he told us to bring it/them to the altar (not physically though) the next day, and just surrender it all to God. So the following day evening people flocked the altar with stuff in their hearts, bringing them to God. After the Service one of my friends joked and said that God hadn’t showed her anything to give Him and so she was good to go. I asked her, “Are you sure?”, and she laughed. For me, I was still searching through my heart, sorting and examining stuff one by one, haha! :-D, but I’m glad few days later I found some real stuff that I needed to surrender to God with immediate effect (hope you won’t ask me what it was ???? ).

You may agree with me when I say that many are the times we find ourselves placing so much value and power to something/someone and we end up treating them like small gods (God forbid!). We are easily tempted to forget that it’s God who blessed us with them not to replace Him, but for His glory and to make our lives better (just as He wants). It’s an honor that He always has a way of alerting us when something like that happens, and we make a turn-around to worship Him and Him alone and give Him back His rightful place in our lives, because it’s all about Him, never about us. He wants us to have Him as the only God in our lives, and not to have or worship any other god. This is actually the First Commandment (in the Ten); Exodus 20:3-AMP “You shall have no other gods before Me.” He is a jealous God (Exodus 34:14 –AMP “for you shall not worship any other god; for the Lord, whose name is Jealous, is a jealous (impassioned) God [demanding what is rightfully and uniquely His]), just like how some of us (who are in relationships), get jealous when our partner seems to relate with an opposite sex in a suspicious kind of a way. Well, it’s natural to be jealous (some say it’s healthy), but that doesn’t justify it, it’s still a sin like any other.

I’m not a Rev. or a Pastor’s wife, but allow me to ask you the same Question we were asked: What is it that you think has taken the place of God in your life, and you find that your relationship with Him or how you related before is not the same, in a negative way? I know when my walk with God is not the same, I know when I ain’t right with Him, I feel it in me. There’s that ka-still small voice that tells me when something is amiss somewhere, and He helps me know what it is exactly. May He help us to search our hearts, not once but over and over again, to come to the knowledge of that which has or is threatening to take His place in our lives. 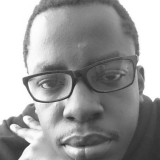